At the heart of moray history is the Latern of the North, Elgin Cathedral 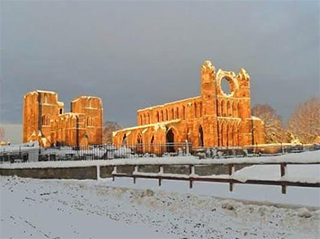 Elgin Cathedral is one of Scotland’s most ambitious and beautiful medieval buildings. It was the principal church of the bishops of Moray.

Begun in 1224, the cathedral was expanded after a fire in 1270 and further altered after an attack by Earl of Buchan in 1390 and Alexander, Lord of the Isles in 1402. The cathedral is central to the history of the region, and carries evidence of that history.

It lost its roof a few years after the Reformation, and the central tower collapsed in 1711. The fortunes of the neglected building began to change in 1807, when a ‘drouthy [thirsty] cobbler’ named John Shanks was appointed as keeper. One of his duties was showing visitors around. In the 1820s, this new visitor attraction was stabilised and partially repaired.

Find out more about Elgin Cathedral 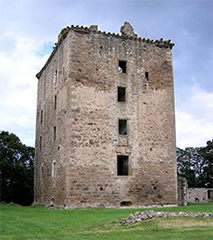 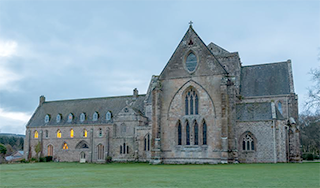 We are a community of Catholic Benedictine monks in the only medieval British monastery still being used for its original purpose.

Situated six miles south-west of Elgin in Moray, the monastery enjoys the peace and stillness of a secluded glen, but is easily reached by road from the town. The atmosphere of quiet reflection and of work dedicated to the glory of God is the same now as it was in the thirteenth century, when a community of monks first came to this part of Moray.

Burghead fort is the only Pictish fort where bullstones have been found. Thirty were found in the early 19th century but only six remain; two in the Headland Trust visitor centre, two in Elgin museum, one in the National museum in Edinburgh and one in the British museum in London.

Archaeologists from Edinburgh University led by Professor Ian Ralston, unearthed part of one of the original cross ramparts. It is difficult to date but is thought to be pre-Roman iron age and helps to confirm the importance of the fort at Burghead. 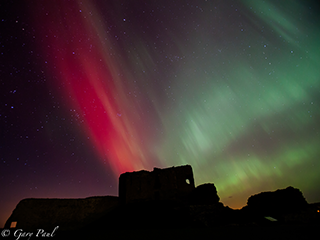 Seen here with a spectacular display of the Aurora Borealis overhead.

Duffus Castle is a well preserved example of a Norman more and bailey type castle. Built during the 13th century, Duffus Castle was the original seat of the Moravia Family which gave the Moray area its name.

Where Ramsey Macdonald the first Labour Prime Minister of Britain was buried in 1937.